Our Lady of Fatima

Our Lady of Fatima

Fatima in Arabic means ‘Lady’. It also means, ‘She who brings peace’. Every diocese in Portugal (Terra de Santa Maria) is dedicated to the Blessed Mother.

WWI was still raging one year after the Angel of Peace visited Lucia, Francisco, and Jacinta. Pope Benedict XV gave Our Lady a new title, Queen of Peace, and asked Catholics throughout the world to pray a Novena, imploring her intercession to help bring an end to the war. Before the Novena was even finished Our Lady herself, appeared to the three children on 13th May. She was surrounded by intense light, as light would appear through crystal. Our Lady told the children she was from heaven and she wanted them to come back on the 13th of every month for next six months.

On July 13 Our Lady showed them a vision of hell, and the children said if they hadn’t been assured, they were going to heaven, they may have died of horror. During this apparition, Our Lady showed them where poor sinners go because they had no one to pray for them. If people did what Our Lady asked there would be peace, but if they did not stop offending God, there would be another war under Pius XI. Our Lady called for the consecration of Russia to her Immaculate Heart. If that was not done, Russia would spread her errors over the whole world. What were the errors of Russia? Communism. When you see an unknown light, know that God is going to punish the world. Our Lady also said she would come sometime in the future to establish the First Five Saturday devotion.

Each time Our Lady appeared to the children she said to pray the Rosary every day for peace ‘because only she could help you’. Our Lady also gave them three secrets.

On 13th August, Arthur Santos, the Freemason administrator of Ourem kidnapped the children and threatened to burn them in boiling oil. He then then threw them in jail, before finally taking them home. A few days later, Our Lady said the miracle in October would not be as great because the children had been kidnapped. In September everyone saw the golden globe that transported the Queen of Heaven.

On 13th July 1917, a massive storm settled over Europe. The 70,000 muddy and drenched believers, and sceptics, gathered to see the great miracle. At midday, Lucia pointed to the sky. The clouds parted and the sun, which looked like a silver disc, started spinning, sending out rainbow colours over all the earth. Suddenly the sun plunged towards the earth, and people fearing it was the end of the world, ran for their lives. Just as suddenly, the sun returned to its usual position. The three children saw Our Lady, St. Joseph and Jesus, but only Lucia saw Our Lord and Our Lady of Sorrows, and Our Lady of Mount Carmel, holding out a scapular in her right hand. Our Lady told the children, she was the Lady of the Rosary. The Miracle of the Sun is the greatest miracle since the Resurrection.

Within a few years, Jacinta and Francisco had gone to heaven, and Lucia had left Fatima. On June 13th 1929 Lucia (now a nun) was praying in the convent chapel when Our Lady and the Trinity appeared to her – God the Father, Jesus Christ on the cross and the Holy Spirit. It was time to ask the Pope with all the bishops of the world to consecrate Russia to her Immaculate Heart. Why did Our Lady and the Trinity appear to Sr. Lucia and ask for the Consecration of Russia to be done in 1929? Our Lady like every mother, rushes to save her children when they are in danger!

In 1929, Stalin’s intensive collectivised farming destroyed Ukraine’s independence. This plan to ‘liquidate the kulaks as a class’, was the beginning of the famines which killed between 7 and 10 million people.
In 1929, Margaret Sanger, (a eugenicist, and founder of Planned Parenthood), established the National Committee on Federal Legislation for Birth Control.

Over the years, several Popes have made a Consecration but not exactly how Our Lady asked at Fatima – for the Pope, (in unison with all the bishops of the world) to Consecrate Russia i.e., to specifically name Russia.

This Consecration of the world would have been beneficial, but it is clear, Our Lady is still waiting for the Pope to Consecrate Russia to her Immaculate Heart. Only then will the errors of Russia – Godless Communism, – be defeated, and there will be an era of peace.

Our Lord appeared to Lucia in 1931 and was angry the consecration had not been done.

‘Make it known to My ministers, given they follow the example of the King of France in delaying the execution of my command, they will follow him into misfortune. It is never too late to have recourse to Jesus and Mary’.

In her memoires, Sr Lucia wrote, ‘In Portugal, the dogma of the faith will always be preserved….’ Does that mean other countries will lose their faith? The 3rd Secret was meant to have been released by 1960. It was not until 2000, that the Vatican released the vision of the 3rd Secret – a city half in ruins where the pope walks up a mountain and is killed. The explanation is held in another envelope. Which city? Which Pope? What led up to this calamity? For now, we must simply follow Our Lady’s instructions,

‘There is no problem, no matter how difficult it is, whether temporal or above all spiritual, in the personal life of each one of us, of our families of the world, or other religious communities, or even of the life of peoples or nations, that cannot be solved by the Holy Rosary.’ Sr. Lucia to Fr. Fuentes, 1957.

‘In the end my Immaculate Heart will Triumph. The Holy Father will Consecrate Russia to me, and she will be converted and a period of peace will be granted to the world’

The consecration prayer to Our Lady and a prayer to St. Joseph,can be found on the St Joseph’s page. 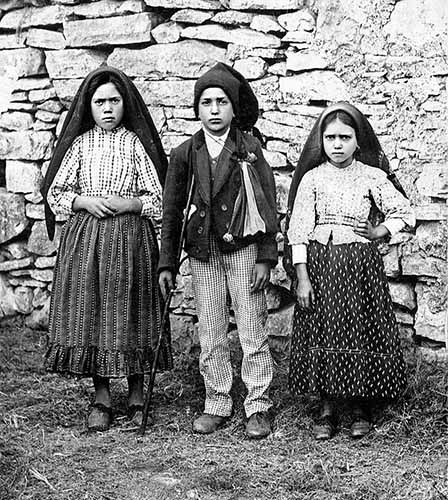 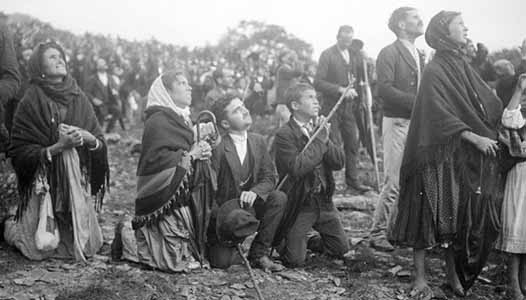