Our Lady of Good Success

Our Lady of Good Success

In 1566, the King Phillip II of Spain asked the Conceptionist nuns to found a convent in Quito, Ecuador. Mother Mariana de Jesus Torres, a young girl known for her virtue, was only thirteen when she accompanied her aunt, Mother Maria de Jesus Taboada to Ecuador. On the voyage a great storm arose and a serpent (Satan) tried to sink the boat. When all seemed lost, Our Lady suddenly appeared carrying the child Jesus in one arm and a cross with a pointed lance at the end, in the other. Our Lady killed the serpent and the storm subsided. On 2nd February, Our Lady appeared to Mather Mariana, and showed her the state of the world in the future when Freemasonry would rule – from the end of the 19th century, through the 20th century. Our Lady asked if Mother Mariana would be a ‘victim soul’ for these times, as God was going to punish the world. The apparition was so horrific Mother Mariana fell down as if dead.

What would these times be like – there would be a total corruption of morals – impurity, blasphemy, and heresy? The sacraments would be profaned, especially marriage. Woe to the children as there was a concerted plan to attack their innocence and chastity, and as a result, vocations would plummet. Some of those in authority would neglect their duties and set a bad example, giving ammunition to anti-Catholics and weak Catholics, as well as bringing condemnation upon all Catholics, especially priests. This would leave many of the faithful abandoned. Our Lady prophesied that many wealthy Catholics would sit back and do nothing. God sent Mother Mariana every type of suffering.

Our Lady also wanted Mother Mariana to ask the greatest sculptor in Ecuador to create a statue of her and the child Jesus. With just the faces to complete, the sculptor decided he needed finer paints for their faces. While he was gone, Mother Mariana was drawn to the chapel and saw, Saints Michael, Raphael, Gabriel and Francis walk towards the statue, and it was instantly completed.

Our lady also prophesised, a future pope would declare the Dogmas of the Immaculate Conception and Papal Infallibility and would be imprisoned. All these things happened under Pope Pius IX – in 1854, 1870 and 1870 respectively. Our Lady also prophesised that a future president of Ecuador would be killed by the Masons. President Gabriel Garcia Moreno is considered the greatest Catholic statesman in Ecuador. He was the only president in the world to protest when Pope Pius IX was taken prisoner in 1870, and in 1873, was the first president to dedicate their country to the Kingship of Christ. A priest warned him he was going to assassinated the following day but he carried on working, saying he was more concerned about preparing to meet God. Pope Pius IX considered him a martyr for the Faith.

The final message of Our Lady of Good Success is one of hope – in the end, everything will be restored. ‘Devotion to the heart of Mary will save the world’.

The remedy to our problems is Penance, Prayer, Sacrifice and Fasting. 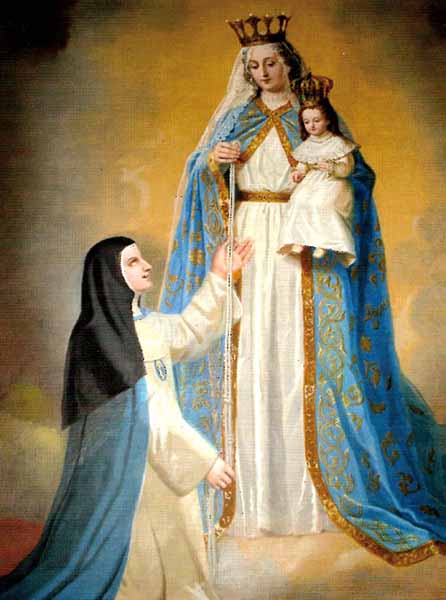