Our Lady of Hope – Pontmain

Our Lady of Hope

The Franco-Prussian War was raging and Prussian troops, which had taken control of roughly two thirds of France, were heading towards the city of Laval. In between, was the small hamlet of Pontmain. Around 5.30 pm, when Eugene and Joseph Barbadette were helping their father with the evening chores, Eugene gazed up at the sky and saw a beautiful woman smiling at him. Her gown which was dark blue, was covered in golden stars, and on her head she wore a black veil and golden crown. When Joseph approached, he too saw the apparition. Word quickly spread and amongst the crowd, two more children, Jeanne-Marie Lebosse and Francoise Richer were blest to see the beautiful lady. The adults, however, only saw three stars in the shape of a triangle. The four children then described a white banner beneath Our Lady which read, “But pray my children. God will hear you in time. My son allows Himself to be touched.” When everyone realised the apparition was the Blessed Mother, and the danger about to descend upon them, they began singing, ‘Mother of Hope’ and praying the Rosary. The apparition only lasted three hours.

At the very same time, General von Smidt was about to advance on Laval when he received orders from the Commander to withdraw. The following morning, General von Smidt said he could not go on towards Laval because, ‘there was an invisible Madonna baring the way’. The Armistice was signed on 23rd January and every man from Pontmain who served in the French army, returned home safely. 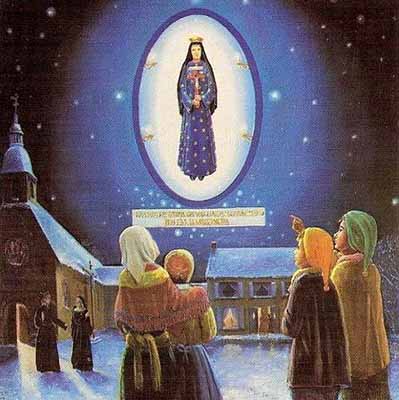 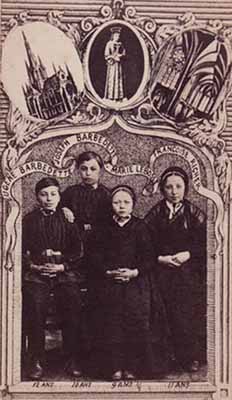