Our Lady of La Salette

Our Lady of La Salette

Melanie Calvat and Maximin Giraud had only met the day before but enjoyed each other’s company and agreed to meet the following day. On 19th September 1846, after eating their lunch the children lay down for a rest. When they woke their cows were nowhere to be seen. As they glanced around, they saw a beautiful young woman, sitting inside a globe of light, more brilliant than the sun. Her head was in her hands, and she was weeping bitterly. The children approached the lady cautiously and she told them not to be afraid. What was the cause of her misery? ‘I am obliged to let go of my Son’s hand which is strong and heavy.’ Quoting her Son, she said, I have given you six days to work and one to rest but you will not give it to me. And you cannot speak without blaspheming.’ Our Lady warned the children, If people did not change, and turn back to God, the potatoes, walnuts and grapes would rot, and children under the age of seven would be afflicted by a mysterious illness. ‘If people converted, the rocks would turn into heaps of grain’.

Melanie had an extremely hard life. Her father was often away and her mother Julie did not care for the child and called her ‘She Wolf’. At the age of three, Julie told Melanie to leave. While in the forest Melanie was not frightened because her ‘brother’ (Jesus) came to visit and bought her food. The abuse continued over the years and Melanie prayed that she could unite her sufferings with those of Christ. Jesus answered her prayers, and she is the youngest stigmatist in the Church. Melanie was greatly maligned and at the end of her life, was thought to be as ignorant as ever. This was not the case. She was highly intelligent and spent years at her desk corresponding with people all over the world. Some say that the real visionary of La Salette was Melanie, and Maximin was merely an eyewitness.

Our Lady entrusted a secret to each of the children, and told them, devils would be loosed from hell in 1864. In 1859, Charles Darwin’s Origin of Species, ignited the evolution (molecules to man) dogma, even though Darwin believed in God (he said ‘that had been settled long ago’), and admitted he only ever saw variations within a species. Up until then, the Fathers and Doctors of the Church, Catholics, Christians, and people of good will, believed in Creation, as depicted in the Bible – that we were made in God’s image and likeness, male, and female. Now, if one could believe in evolution, there was no need for a Creator – God; no such thing as sin, heaven or hell, nor right or wrong, so therefore every depravity was licit e.g. abortion, pornography, fornication etc. etc. This is the whole basis of Communism (there is no God) and why Communists must deny the Truth of Creation and place such emphasis on indoctrinating people in the theory of evolution. In 1864, the Communists under Marx (a Satanist) and his benefactor Engels, held the first meeting of the International in London. Marx admitted that Communism was a child of the secret societies. She also explained that all would be revealed in the Luciferian archives of Freemasonry, and in the future, all governments of the world would have the one and same plan.’ At the height of the famine, Queen Victoria called for a National Day of Humiliation, Prayer and Fasting before Almighty God, on 24th March 1847, to obtain pardon for our sins’. When Maximin was asked why he never married, “How can any woman compare when you have seen the Blessed Mother herself.

What is the meaning of La Salette? It is only with God’s permission that disasters and famines happen.

In 1947, over sixty years ago, Cardinal Hlond wrote – ‘If we draw near to the present hour, La Salette appears as the ultimatum of Divine Mercy and resounds through the world as the agonising echo of the heart of the Saviour. Unless you do penance, you will all perish.’

Pope Pius XII wrote that, ‘the human race is involved in a supreme crisis which will end in its salvation by Christ, or its dire destruction.’

La Salette is still a message of Hope. Water and fire will send the earth into convulsions, but if we heed God’s warnings and repent, everything will finally be restored. 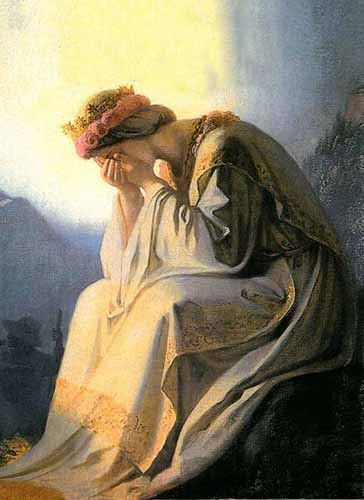 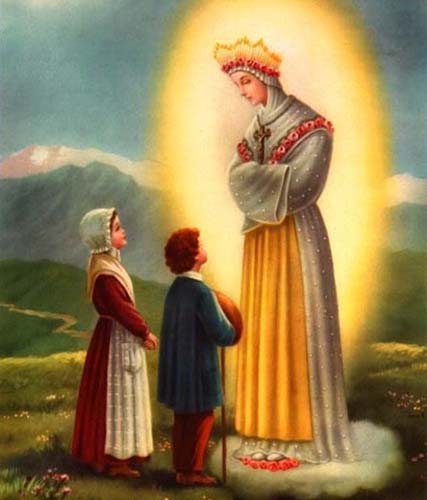