Our Lady of the Miraculous Medal

Our Lady of the Miraculous Medal

St. Catherine Laboure was born into a large farming family in Burgundy France, but when she was just nine years old her mother died. Catherine picked up a statue of Our Lady, kissed it and said, “Now you will be my mother.” A few years later she had a dream about St. Vincent de Paul. He said to her, “God has plans for you. Don’t forget it!” Years later Catherine witnessed the abject poverty on the streets in Paris and decided to enter the nursing order of St. Vincent de Paul – the Daughters of Charity. A few months later, on 19th July 1830, St. Catherine was awoken by a small child who asked her to go to the chapel. The chapel was all lit up like on a special feast day, and as Catherine waited, she heard the rustle of silk. Our Lady appeared before her and said, “God wishes to charge you with a special mission. You will be contradicted but do not fear, you will have the grace to do what is necessary.”

On November 17th, that year, Our Lady appeared to St. Catherine again. Her arms were outstretched, and on her fingers were jewels which exuded brilliant rays of light. The long rays represented the graces Our Lady showered on her children. The short rays represented the graces people forgot to ask for. Our Lady asked Catherine to have an oval medal struck in this way – on the front was Our Lady, with arms outstretched and crushing the serpent’s head under her foot, surrounded by the words – ‘O Mary, conceived without sin, pray for us who have recourse to thee’. On the back was a cross and below it the letter M, and below that were the Sacred Heart and the Immaculate Heart. This was the first time the two Hearts had been represented together. Around the outside were twelve stars. “All who wear it will receive great grace. They should wear it around their neck”.

So many miracles were reported by those who wore the medal, that it quickly became known as the Miraculous Medal. Within seven years, over ten million medals were in circulation. When St. Catherine’s tomb was opened, she was found to be incorrupt.

The times are evil. Our Lady wants to give us special graces, but we must ask. 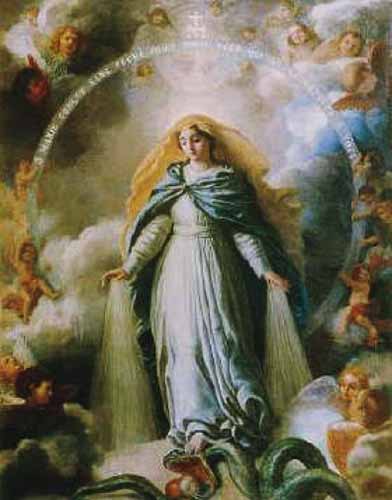 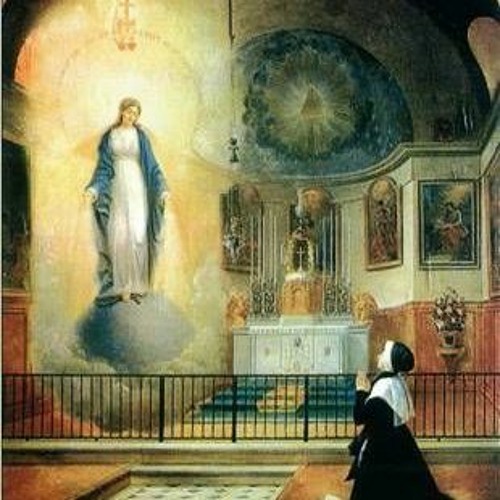