Our Lady of Zeitoun

Our Lady of Zeitoun

In the early -1920’s, Tawfik Khalil Ibrahim, wanted to build a hotel on his property. It was a very special piece of land known as a place where the Holy Family had rested after fleeing from Herod’s persecution. Our Lady appeared to him in a dream and asked him to build a church in her honour instead, and promised to return there sometime in the future. He obeyed Our Lady and built the magnificent St. Mary’s Coptic church. His design was based on the Hagia Sofia (the Grand Church), built under Emperor Justinian in the 6th Century.

On the night of 2nd April 1968, not long after the Six Day War, two garagemen across the road, saw a woman walking on the roof of the church. Thinking she was going to commit suicide, one of them pointed and pleaded with her not to jump. The man who pointed had a gangrenous finger which was due to be amputated in the morning. When the bandages were removed, his finger was completely healed. Very quickly a crowd gathered, and they realised it was the Blessed Virgin Mary. For over two years, Our Lady continued her nocturnal visits, which drew crowds of up to two hundred and fifty thousand people. There are wonderful photographs and eyewitness testimonies on the internet.

It is estimated Our Lady was twice the size of a normal person, and she was often accompanied by doves the size of angels, flashing lights, and shooting stars. Our Lady, who often held an olive branch (a sign of peace) in her hand, would kneel before the cross for hours at a time. Sometimes she would point to the cross or smile and bless the crowd. Our Lady was so close, people could even see her teeth. These silent apparitions were witnessed by Coptic Catholics, Protestants, Muslims, Jews, atheists, and even by the Marxist President of Egypt, Abdel Nasser. He was greatly touched and put a halt to the anti-Catholic sentiment that had been brewing in Egypt.

However, St. Teresa of Calcutta said there would never be peace in the world as long as women were aborting their own babies in their own womb. 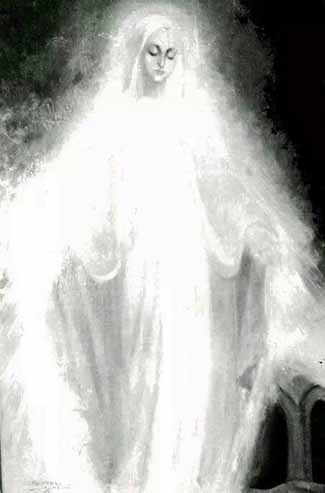 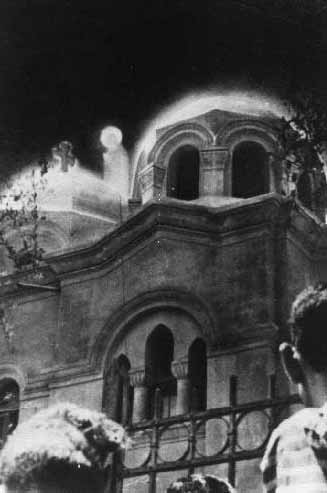